insurance, a system under which the insurer, for a consideration usually agreed upon in advance, promises to reimburse the insured or to render services to the insured in the event that certain accidental occurrences result in losses during a given period. It thus is a method of coping with risk. Its primary function is to substitute certainty for uncertainty as regards the economic cost of loss-producing events.

Insurance relies heavily on the “law of large numbers.” In large homogeneous populations it is possible to estimate the normal frequency of common events such as deaths and accidents. Losses can be predicted with reasonable accuracy, and this accuracy increases as the size of the group expands. From a theoretical standpoint, it is possible to eliminate all pure risk if an infinitely large group is selected.

From the standpoint of the insurer, an insurable risk must meet the following requirements:

1. The objects to be insured must be numerous enough and homogeneous enough to allow a reasonably close calculation of the probable frequency and severity of losses.

2. The insured objects must not be subject to simultaneous destruction. For example, if all the buildings insured by one insurer are in an area subject to flood, and a flood occurs, the loss to the insurance underwriter may be catastrophic.

3. The possible loss must be accidental in nature, and beyond the control of the insured. If the insured could cause the loss, the element of randomness and predictability would be destroyed.

4. There must be some way to determine whether a loss has occurred and how great that loss is. This is why insurance contracts specify very definitely what events must take place, what constitutes loss, and how it is to be measured.

From the viewpoint of the insured person, an insurable risk is one for which the probability of loss is not so high as to require excessive premiums. What is “excessive” depends on individual circumstances, including the insured’s attitude toward risk. At the same time, the potential loss must be severe enough to cause financial hardship if it is not insured against. Insurable risks include losses to property resulting from fire, explosion, windstorm, etc.; losses of life or health; and the legal liability arising out of use of automobiles, occupancy of buildings, employment, or manufacture. Uninsurable risks include losses resulting from price changes and competitive conditions in the market. Political risks such as war or currency debasement are usually not insurable by private parties but may be insurable by governmental institutions. Very often contracts can be drawn in such a way that an “uninsurable risk” can be turned into an “insurable” one through restrictions on losses, redefinitions of perils, or other methods.

Two main types of contracts—homeowner’s and commercial—have been developed to insure against loss from accidental destruction of property. These contracts (or forms) typically are divided into three or four parts: insuring agreements, identification of covered property, conditions and stipulations, and exclusions.

In homeowner’s policies, of which there are several types, coverage can be “all risk” or “named peril.” All-risk policies offer insurance on any peril except those later excluded in the policy. The advantage of these contracts is that if property is destroyed by a peril not specifically excluded the insurance is good. In named-peril policies, no coverage is provided unless the property is damaged by a peril specifically listed in the contract.

In addition to protection against the loss from destruction of an owner’s property by perils such as fire, lightning, theft, explosion, and windstorm, homeowner’s policies typically insure against other types of risks faced by a homeowner such as legal liability to others for injuries, medical payments to others, and additional expenses incurred when the insured owner is required to vacate the premises after an insured peril occurs. Thus the homeowner’s policy is multi-peril in nature, covering a wide variety of risks formerly written under separate contracts.

Homeowner’s forms are written to cover damage to or loss of not only an owner’s dwelling but also structures (such as garages and fences), trees and shrubs, personal property (excluding certain listed items), property away from the premises (such as boats), money and securities (subject to dollar limits), and losses due to forgery. They also cover removal of debris following a loss, expenditures to protect property from further loss, and loss of property removed from the premises for safety once an insured peril has occurred.

Recovery under homeowner’s forms is limited to loss due directly to the occurrence of an insured peril. Losses caused by some intervening source not insured by the policy are not covered. For example, if a flood or a landslide, which usually are excluded perils, severely damages a house that subsequently is destroyed by fire, the homeowner’s recovery from the fire is limited to the value of the house already damaged by the flood or landslide.

Recovery under homeowner’s forms may be on the basis of either full replacement cost or actual cash value (ACV). Under the former, the owner suffers no reduction in loss recovery due to depreciation of the property from its original value. This basis applies if the owner took out coverage that is at least equal to a named percentage—for example, 80 percent—of the replacement value of the property.

Recovery under homeowner’s forms is also limited if more than one policy applies to the loss. For example, if two policies with equal limits are taken out, each contributes one-half of any insured loss. Loss payments also are limited to the amount of an insured person’s insurable interest. Thus, if a homeowner has only a one-half interest in a building, the recovery is limited to one-half of the insured loss. The co-owners would need to have arranged insurance for their interest.

Among the excluded perils (or exclusions) of homeowner’s policies are the following: loss due to freezing when the dwelling is vacant or unoccupied, unless stated precautions are taken; loss from weight of ice or snow to property such as fences, swimming pools, docks, or retaining walls; theft loss when the building is under construction; vandalism loss when the dwelling is vacant beyond 30 days; damage from gradual water leakage; termite damage; loss from rust, mold, dry rot, contamination, smog, and settling and cracking; loss from animals or insects; loss from earth movement, flood, war, or spoilage (e.g., chemical deterioration); loss from neglect of the insured to protect the property following a loss; and losses arising out of business pursuits. Special forms for business risks are available (see below).

Under named-peril forms, only losses from the perils named in the policy are covered. The named perils are sometimes defined narrowly; for example, theft claims are not paid if the property is merely lost and theft cannot be established.

Earthquake and flood loss, while excluded from the basic homeowner’s forms, may usually be covered by endorsement.

Coverage on the BPP form can be written on a scheduled basis, whereby specific items of property are listed and insured, or on a blanket basis, whereby property at several locations can be insured for a single sum.

Perils insured under the BPP are listed in the policy. All-risk coverage is also written, subject to specified exclusions.

Losses may be settled on a replacement-cost coverage on the BPP by endorsement. Otherwise recovery is on an actual cash value basis that makes an adjustment for depreciation.

Coverage for business personal property with constantly changing values is available on a reporting form. The business owner reports values monthly to the insurer and pays premiums based on the values reported. In this way, only the insurance actually needed is purchased. 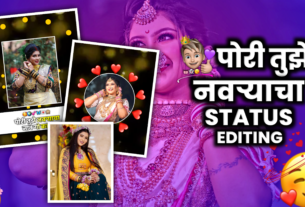 What’s Different About Getting a Condo Mortgage? 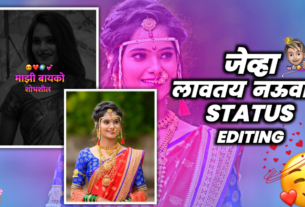 How to Take Loan From Bajaj Finance